Brazilian Jiu Jitsu is always described as a chess game. The art involves a strategic application, and not to just jump into conclusions moves, to become successful against its opponents. I feel that there is a time for chess then there is a time to play checkers. 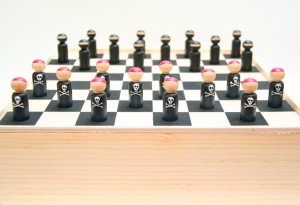 No doubt that when wearing the “gi” in Jiu Jitsu, does the sport become slower.With the amount of grips that someone can make on the “gi”, not only does it control the opponent, slow the moves down, but the grip can become fatal if ignored.

The science plays different when it is” no gi”. When Jiu Jitsu is applied without the “gi” the game becomes more faster.There are least amount grips, which means, less control, but does that mean less likely to get submitted? No!

In “No gi” Jiu Jitsu it is almost predictable that someone will end the match using a leg lock. Does that make that practitioner less technical or wrong for doing so, absolutely, not. What works, works.If the practitioner went for a leg lock, it’s not going against his/her expertise, but the defendant’s expertise.If the one defending is that good, he/she should know how to get out.

It’s a different mind when training or competing in the two.You cannot apply the “no gi” mentality when in the “gi”.You will jump yourself right into a submission.It is the same concept with the “gi” mentality.You can’t just take your time, because your opponent will explode his/her speed, and you will lose your timing for what you are trying to construct as a move. 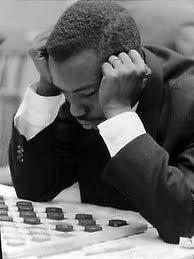 This is why it is critical to learning the both styles. It is good because you will know how to defend yourself by knowing which tool would be best applied according to how the weather is. Winter time is “gi” applications and summer time is “no gi” techniques. During the winter more clothes are worn like jackets or sweatshirts, thicker pants with belts.That sounds like a “gi” to me. When it is the summer, t-shirts are worn, sometimes no shirt, shorts or lighter pants with no belt, sounds like “no gi” to me.

Try to even train like that.That way you don’t overwhelm yourself knowing more to one side of the game then the other. Give yourself that time to balance in learning both “no gi” and “gi”.In the summer train a lot of “no gi” and during the winter train a lot of “gi”.This will only train your body with great habits. When you create a balance with your Jiu Jitsu, is it then, do you start to become more creative to doing what you like to do in Jiu Jitsu. You will develop your “game.”