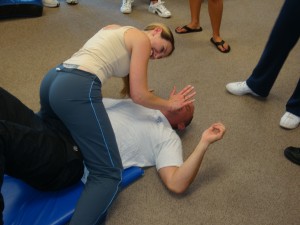 How many of you have just had it with being involved with a Jiu Jitsu school that runs like a factory! I understand about being a team, representing your dojo, but man, it’s still martial arts not a military.

Martial arts were developed as self defense tactics, for the people at the time, to learn how to protect themselves from intruders in their land. Some martial arts were held in secret, as not just of a fighting method, but as a spiritual balancing with the body and mind. Throughout the years martial arts has unmasked to the world, yet year after year has became more watered down, and made into a method of exercising. It became a reliable tool for anyone who wanted to get in shape, learn some self-defense, and have fun while doing it and the key words there, “having fun!”

If you want to be drill instructed, learn how to use martial arts as a deadly force, have the same uniform from neck to feet, no ands, ifs, or buts, then become one of the most represented teams in the world, join our armed forces and represent the USA.

People are paying martial art instructors these days to provide them a non-stressed environment, a form of exercise, a form of self-defense, to learn how to build a relationship with the mind and body, and to make it fun while doing it, so that they can keep up the workouts to stay healthy. Â It is about self- mastery. Martial arts should be meant for everyone not for the selected few.

Here are some politics that you may want to avoid so that you can enjoy martial arts:

Jiu Jitsu or martial arts in general is for the community. It is a method for exercising the mind, body, and spirit, while having fun. Screw all the politics! Body Solutions Inc BJJ, in Voorhees NJ, is proud of being a political free martial art provider.